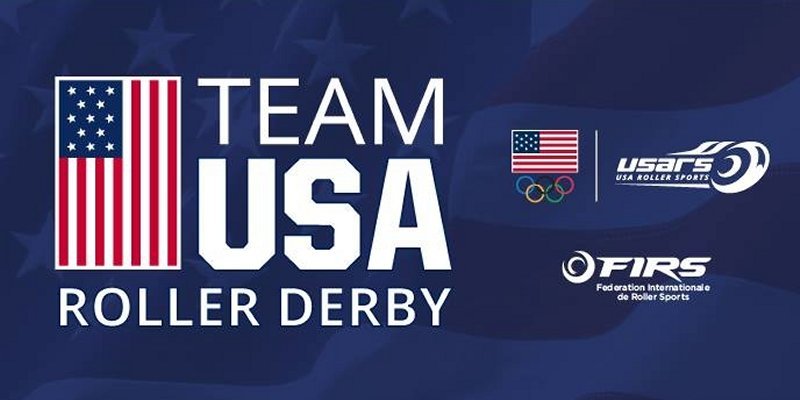 USA Roller Sports and the National Team Coaching Staff are pleased to announce the players who will be immortalized in the history books as the first official United States Roller Derby National Team affiliated to the U.S. Olympic Committee and the International Federation of Roller Sports (FIRS).

Among other important events, the members of the Women’s Team USA will have the opportunity to represent the United States at the 2017 World Roller Games, a spectacular event gathering for the first time in one city the world championships of ten roller disciplines: artistic, speed, rink hockey, inline hockey, roller freestyle, skateboarding, inline freestyle, inline downhill, roller derby and inline alpine. The event, organized by FIRS, will be hosted by the city of Nanjing, China during the summer of 2017 and will be broadcasted on television and online, featuring more than 40,000 athletes at several venues, including the 10,000-seat Olympic Stadium and the biggest Asian indoor stadium – 20,000 seats – in the Olympic Park.

Please join us in congratulating the athletes that have been selected as part of the Women’s Team USA:

The National Team Head Coach, Dani Lewis, and her coaching staff had the difficult task of selecting from hundreds of candidates who participated in four preliminary tryouts throughout the country and a final tryout in Olympia, WA.


Please join us in congratulating these talented athletes for this historic achievement.

USA Roller Sports (USARS) is recognized by the Federation Internationale de Roller Sports (FIRS) and United States Olympic Committee (USOC) as the national governing body for competitive roller sports in the United States. USARS is dedicated to creating, enhancing and conducting the best competitions and programs for roller sports. We instill the drive to win and be the absolute best in sports and in life.